Recently, our Melbourne plumber was called to repair a water leak in Hawthorn.

Ceiling water leakage is arguably one of the worst when it comes to plumbing issues. It might not seem to be too big of an issue at first. However, if left unresolved, it can escalate to bigger problems like mould, rotted framing and sheathing, destroyed insulation and damaged ceilings. These do not just look unpleasant, but can also cause health problems.

Upon arrival, we could visibly see that there was dampness in the concrete ceiling. However, there were no signs of water dripping. To find out the reason behind this issue, the plumber decided to inspect the apartment on the storey directly above. We found out that the bathroom in that apartment was situated right above the ceiling where the dampness occurred. We let the bath run for 25 minutes to inspect if water would drip from the ceiling, but nothing happened. 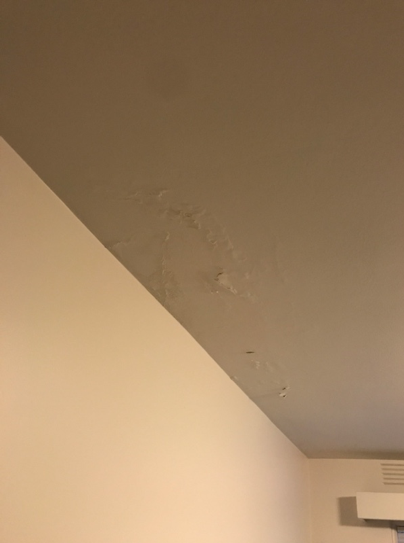 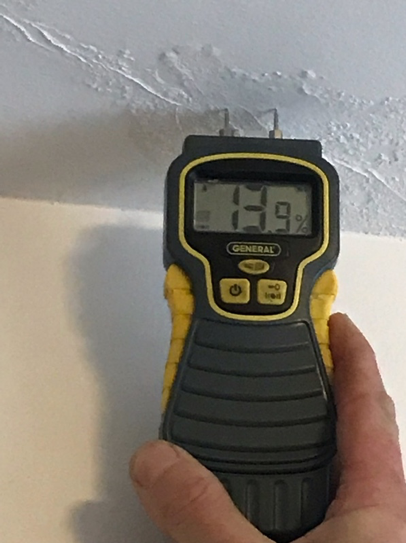 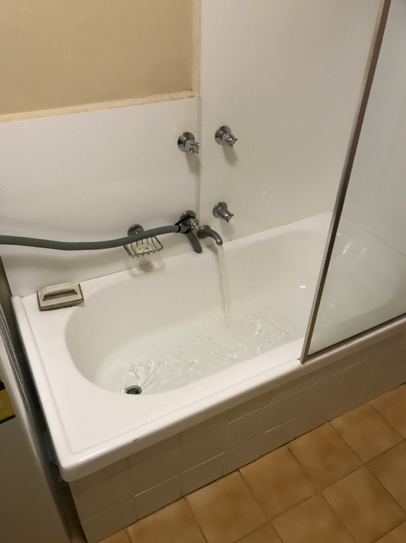 We suspect that there could be a small leak in the bath basin that could be causing the dampness in the apartment underneath. Given enough time, the small leakage could eventually lead to a bigger problem. However, this was not the case because the silicone seal that should prevent such a leak was in good condition.

Another way of determining the cause of the leakage was to find out whether there were any irregularities in the tenant’s water bills. We found that the tenant of the affected apartment and their neighbour above had no unexplained increase in their bill accounts. This implies there was no leakage in the water pipes as this would cause a higher water bill. However, that means the leakage was coming from another hidden source.

We may need to drill a small hole in the bath’s brickwork to inspect the bath waste with a camera for any visible leaks while the bath is running. In case you are not unfamiliar with a bath waste, it is a plumbing component that provides a way for water to flow away once it moves inside the drainage hole.

While we have yet to uncover the true culprit causing the ceiling dampness, you should have a clear picture of our methods and thinking process during a residential plumbing job. Often, repair jobs are partly detective work and require a sharp, analytical mind. Fixing the problem can be a straightforward task, however finding it sometimes requires time and sorting out clues.

We have a lot of experience under our belts and have developed our own methods and tricks to finding your plumbing issue and fixing it. If you have any plumbing issues or are looking for a reliable plumber near Hawthorn and other Melbourne suburbs, contact us – we’d love to help you out.